We've had a number of monthly challenges involving things that roll starting with an egg, then a French rolling pin, an Easter egg, and a baseball. In the spirit of rolling along, this month's challenge is to turn a ball in a ball. For anybody unfamiliar with a ball-in-a-ball, here is Al Hockenbery's demonstration handout:

Ball in a Ball handout

Also, see Al Hockenbery's post below for more information. You are encouraged to be creative and put your own spin on this challenge.

There have been some rules changes from the legal department so be sure to read:
When voting begins you are allowed one vote and once you have voted you won't be able to go back and change your vote. After you have voted you will be able to track the vote totals. The voting is secret (just like a real election) so nobody other than you can see who you voted for (not even the moderators/administrators). The voting will end at midnight UTC on August 31, 2022. In case of a tie vote, the forum moderators will gather in a virtual smoke-filled room to sort out the winner.
Bill Boehme
My Photo Gallery

My ball-in-a-ball thread in the Tips & Tutorials forum has lots of extra information including a link to a video by Phil Pratt. That was included in the AAW 2010 techniques video:

Also, there are other ways of doing the captive ball. See David Springett.

If you are thinking this is beyond your skill level, one turner did this as his first turning in a club workshop. He had only a little help turning the ball from the apologetic club members who said “I know we agreed on intermediate-level students….” These were friends. Amazingly to me, he hollowed the opening about the best of anyone with me just watching. 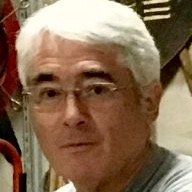 Bill, I do not know if I posted my challenge correctly. When I click on my name I do not see the same drop down as you show. I do not see "Conversation".

Yes, Jean-Louis, it is posted correctly. Yes, you definitely put your own spin on it. How long did it take to make such a complex turning?

I bought the Sorby kit along with the book and DVD by David Springett several years ago, but I still haven't worked up enough courage to try making the nested balls.
Bill Boehme
My Photo Gallery

Bill Boehme said:
Yes, Jean-Louis, it is posted correctly. Yes, you definitely put your own spin on it. How long did it take to make such a complex turning?

I bought the Sorby kit along with the book and DVD by David Springett several years ago, but I still haven't worked up enough courage to try making the nested balls.
Click to expand...

I am glad you came up with this challenge. I did not turn for one year, busy with house work, jig construction and a puppy German Shepherd. I did my first 5 spheres with star in July last year. It took me approximately 5 hours. I did the support using my new jig. it took me, for this first one, around 9 hours (a lot of thinking). You know Bill, it is not difficult to do these spheres. The one with the star requires a little bit more precision doing the star (depth and diameter).
Where can we see the pictures of the other challenges?